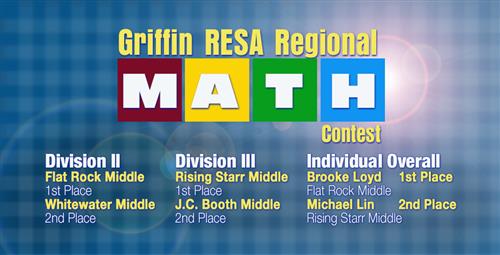 Over 30 middle schools and more than 150 students took part in the competition. All winners received a trophy.