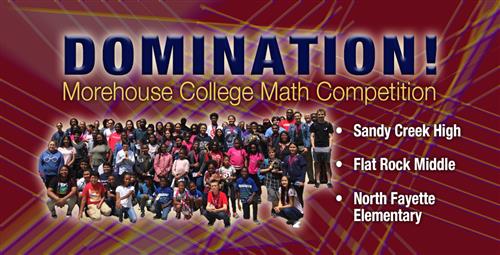 Between the three schools there were eight first place wins and four grade-level sweeps.

As if these victories were not enough, Sandy Creek High senior Spencer Hodge was awarded the best overall award, the Phaidra Buchanan award, which is named in honor of the 2017 Sandy Creek Alum who was a four-time winner of the award.