With perseverance and a positive attitude, one seven-year-old has inspired people who are decades older than she is. 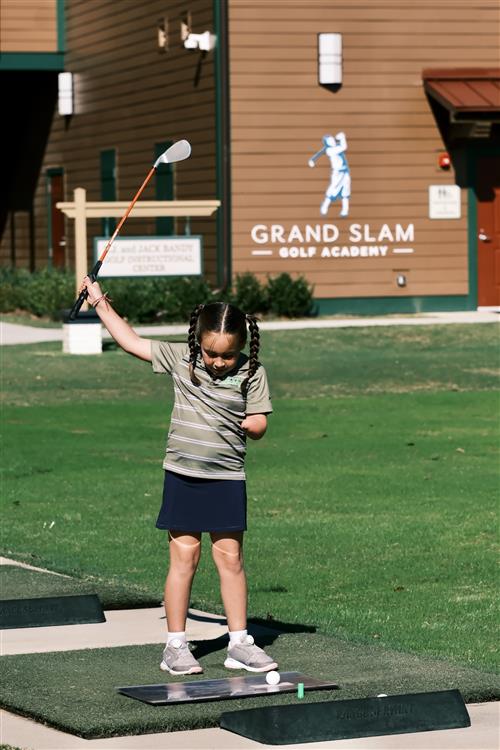 Born without her left forearm and hand, the first grader at North Fayette Elementary, is a member of the Never Say Never youth adaptive golf team.

Never Say Never is a non-profit organization that helps disabled children and young adults to overcome adversity with a positive attitude through a variety of sports.

Before joining the team, Zoe knew nothing about golf, but she knew she wanted to prove something to herself and others.

“Kids and people like me don’t get treated the same as everyone else because [people] don’t think we can do things, so I like to prove that just because I look different, I can still do it. It just might look different.”

While practicing with her coach, Big Nick, who is a double legged amputee, other golfers will often come by and encourage Zoe whose favorite part of golfing is hitting the balls as hard and fast as she can.

“I am so proud of her. Zoe knows what she wants and will keep trying until she gets it,” Zoe’s mom, Mindy, says.

Although she’s only been golfing for less than a year, the Hixon family hopes to find more kids like Zoe who she can practice with while bringing awareness to more adaptive sports teams for children.

With her bubbly personality and can-do attitude, Zoe has one thing say to other kids like her, “Be positive and believe that you can do it.”