Fayette’s 2019 four-year high school graduation rate is 90.24 percent, almost a one and a half percent increase from last year’s rate of 88.8 percent. 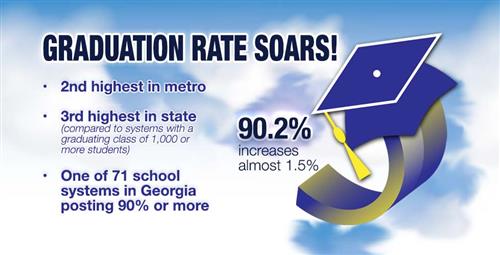 Fayette County High School had the largest graduation rate increase of all of the county’s high schools, jumping to 84.43 percent from 81.4 percent in 2018, that is just over a three percent increase.