Fayetteville Elementary, North Fayette Elementary, Bennett’s Mill Middle and Flat Rock Middle schools are among the 173 Georgia Title I schools that made the Title I Reward Schools list for 2019-2020 based on test score data from 2018-2019 school year, according to information released from the Georgia Department of Education. 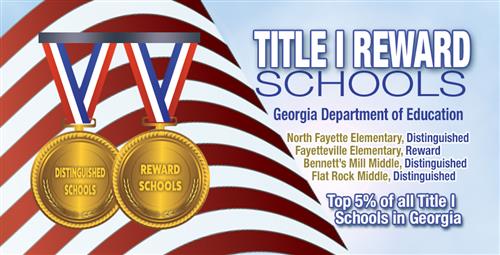